Shopping Cart
Your Cart is Empty
Quantity:
Subtotal
Taxes
Shipping
Total
There was an error with PayPalClick here to try again

Thank you for your business!You should be receiving an order confirmation from Paypal shortly.Exit Shopping Cart

This year was very similar to 2020.  We continued to do some virtual presentations, videos for other organizations, but we did do a few live performances.  However, the mission has remained the same and that is to share hope, laughter, and inspiration everywhere we go.

The Journey of Kerry and Friends.

We want to take this time to wish everyone a Merry Christmas and a Happy New Year. 2017 has been a record year for Kerry and Friends in so many ways. Thank you for coming on this journey with us. We are excited about 2018 as we will continue to share hope, laughter, and inspiration everywhere we go.

First of all, I am sorry I haven't written here since September.  Since I have gone back to school it seems like time flies even faster. Below are some of my holiday season thoughts.

One day a couple years ago around Veteran's Day I said "Happy Holidays" on Facebook, and one of the comments was "How can you say that? You know it's Merry Christmas!"  HUH?

Ever since I have served in the military Veteran's Day for me starts the holiday season, because that is my favorite time of year, and it leads into all the other holidays.

What bothered me the most when I read that comment was I simply said "Happy Holidays".  What is wrong with me wanting people happy?  After all I am a comedian/ventriloquist.  It's my job to give aways smiles and laughter.

So for me, I know i am late, but Happy Holidays, and I do hope you have a very Merry Christmas!

He said to them, "Go into the entire world and preach the gospel to all creation.”

Too many times, we as Christians, focus on the first verse. While that verse itself is awesome, we should be globally minded, but sometimes we lose sight of what was written four chapters earlier.

Jesus challenged us to “love your neighbor as yourself.” Who is our neighbor? I am not going to use the answer most given which is ‘everyone,’ but I want to bring it closer to home. Those that live in our neighborhood and our own community are your neighbors.

I have a few questions and am honest when you answer them.

1. When is the last time you spoke with your next door neighbor?

2. When is the last time you volunteered at a Community Non Profit organization besides your own church?

3. Have you let your neighbors know that if they are ever in need they can count on you?

My wife and I, for the last couple years, we were our neighborhood welcoming committee. When new people moved into our community we would greet them, and welcome them. We also volunteer at different Non-Profit organizations in our community as well. I mention this, not for self glorification, but for examples of Community Based Ministry. Sometimes, while we want to reach everyone around the world, we need to also just look across the street.

What we can learn from our past.

This past weekend my wife and I went to my 35th High School Reunion, and we had a great time.  I saw people I didn't recognize, and maybe it's because they have gotten older.  I am glad I haven't changed any! LOL   Before we went to the reunion we drove by where I used to live, and because of their recent flood in the spring the house had to be torn down. All that was left was the ground and part of the foundation.  I stopped, and just stared and for a moment took in some fond memories of my time there.  Next to the house is a creek where I used to sit with my guitar and write songs.  Memories of family time, and years gone by flooded my mind.  Now 35 years later so much has changed, but I am grateful for those days that helped to shape who I am today.  I want to challenge you today, to learn from the past, but don't live in the past.  The memories, good and bad, can be used to help you learn and grow.  Don't dwell there because today, today is the day you have to create new memories.  Live in the moment, enjoy this moment, because it too, just like yesterday will move swiftly by.  I write this on my back deck, and even now it has gone from dark, to the early morning light but it's very peaceful, just like those times I wrote songs by the creek bed in my home town. 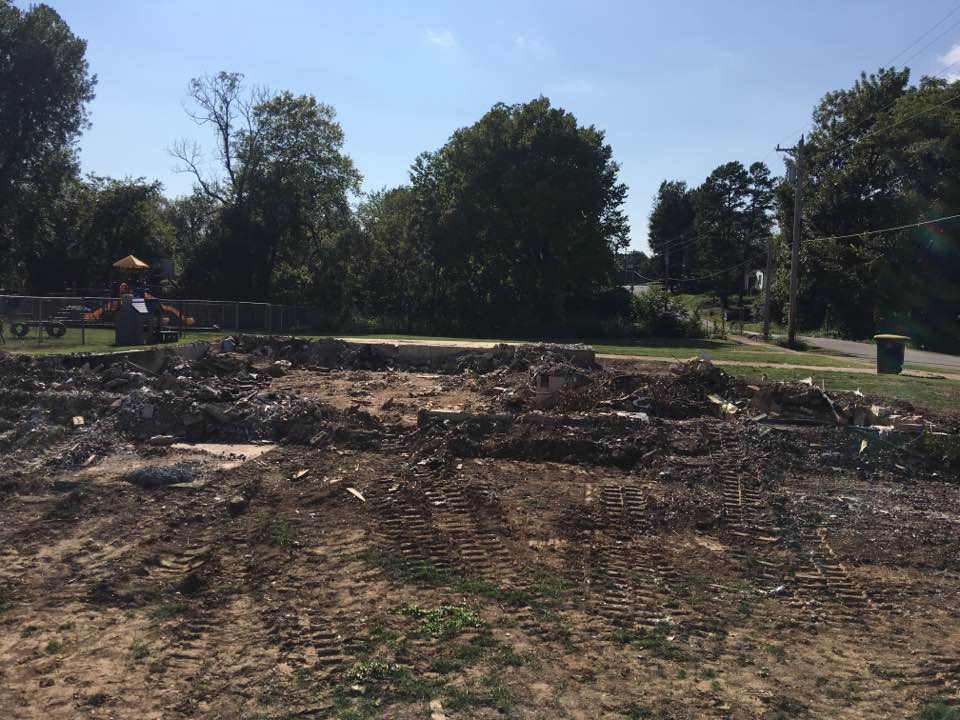 My Thoughts On Current Issues.

I wanted to take some time and share my thoughts on what is going on around the world and in our country.  It almost seems to me that the problem is because no one wants to take ownership of their own actions.  With that said, I really think we need to stop playing the blame game, and let's focus on our own actions.  I want to share a verse from the Bible that I hope will help us.

As long as humans keep fighting other humans then the problem will never be solved.

Here is a quote from a song that I have performed in the past.  "I give up the bitterness and hate, the blaming men and fate for all my discontent".

Let me close with this quote from part of a song that was performed by a very unique performer.

"I'm gonna make a change, for once in my life, It's gonna feel real good, gonna make a difference, gonna make it right....I'm starting with the man in the mirror, I'm asking him to change his ways, and no message could have been clearer if you wanna make the world a better place, take a look at yourself, and then make a change".

Kerry and Friend's Mission is to share hope, laughter, and inspiration everywhere we go.  Together, let's quit blaming others, and let's take a look in the mirror to see if there are ways we can be better!

Thank you for your time,

I can't believe it!  I can't believe it's already August,  it just seems like yesterday when I was so excited when May got here so I could enjoy the summer and ride my bike for hundreds of miles.  I can't believe I turn 53 on the 17th!  Time moves so swiftly for sure.  What I am trying to do each day is to enjoy the moments.  So I need to ask you a question.  Are you living in the moment?  Too many times we live in the past, or we focus on what we want the future to be like, when what we should do is live in the moment and enjoy the moment.  We have done a lot of events this summer, and we have truly enjoyed each moment.  I hope this makes sense.

Talk to you soon.

My wife and I have had a great time at the Convention this year, and we have learned so much.  You can check out some pictures on our facebook page at:  https://www.facebook.com/kerryandfriends/.

Coming up on the 24th of July we will be sharing with around 100 5th graders at a Youth Camp.  This should be fun!   I want to thank everyone for joining us on this journey of sharing hope, laughter, and inspiration every where we go.

Today, is the final day of the Convention, and this morning we will be going to see "Ricky" at the Museum, and then attending a conference led by Taylor Mason.

Tonight, it is the final All Star Show, and then tomorrow we head home.  My wife actually got a new character.  You will see her on our facebook page as well.

Have a great day everyone!